So, needless to say, my trip to Mallorca was all I could have hoped for. It consisted mostly of eating, sleeping, and beaching and boy was it wonderful! Considering how hectic my everyday life is, the perfect vacation is one where I do a whole lot of nothing.

In reality there was so much more to my trip than the three activities listed above. Allow me to go into detail…

The Flight
Despite having a stress-inducing return home, my voyage to Mallorca, Spain was quite lovely. I had a three hour layover in Washington, D.C. where I took advantage of the time by enjoying sushi, wine & cheese at Starbucks (aka Best Starbucks Ever), a relaxing massage, and then some more wine with a good book.

Several hours later, I arrived in Frankfurt, Germany. When I got there it was still night, but by the time I left the sun had risen. The views from the plane coming over the country were beautiful: a grid of twinkling lights evolved into a mass of green space.

I finally landed in Palma, Mallorca at 9am, full of excitement in spite of my exhaustion. I mean, seriously, how could you not be totally stoaked to be in a place like this?! Mountains and beaches, farms and cities, a blend of locals and tourists from all over Europe. 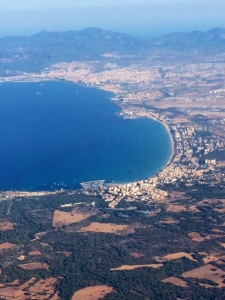 The Food
As soon as I met my family and got to the hotel I took a moment to freshen up before going out for an early lunch.

I was so delighted for some Spanish food that I almost let my self fill up on appetizers before my main dish came out! First there’s the fresh bread, which I smothered in alioli (a blend of egg, olive oil, garlic, and a pinch of salt). Then there’s a bowl of local olives, a Russian salad (with more alioli), croquettes, and pimientos de Padrón which are these green peppers that for the most part aren’t spicy but every now and then you’ll bite into a really hot one (also best with alioli). My main course was a melody of fresh vegetables, lightly grilled. It was the perfect display of local, Spanish cuisine that made my heart melt.

The next morning I savored a typical Spanish breakfast: espresso, toast with peach jam or Nutella, soft boiled eggs, OJ, chorizo, jamón Ibérico, fuet, and a variety of local cheeses.

On another day we enjoyed a different Spanish specialty, paella! Now, I’m not a fan of fish (even though Mallorca is known for their seafood) so I picked around that, but for those of you who don’t know, paella is a traditional dish cooked in a huge cast iron skillet and consists of saffron rice and vegetables with a mix of seafood (and sometimes chicken). I was also introduced to the Shandy, a drink of half beer and half lemon Fanta. So basically, this meal was amazing.

Mid-way through my vacation we went to this fancy restaurant on a port in the rich part of the island (the part where all the celebrities stay). The sky was clear and the moon was full and we were ready for a super meal. It started with your typical appetizers, but for my main course I chose a modern take on the caprese salad that included greens and an avocado/almond spread. Desert was a mouth-watering apple tart with vanilla ice-cream. YUM!

I won’t take up more space with food pics, but I also consumed homemade gazpacho, a bocadillo, and tons of tapas.

The Views
Our hotel in Mallorca was about a 30min drive from the big city of Palma, in a quaint town called Santa Ponça. The balcony looked over a Medeterranian cove with a pebbled beach. The sun set on our side, too, which made for the most hermosas vistas. 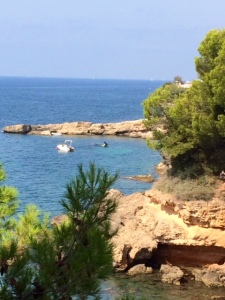 The main beach in the town was wide, with a several impressive boats in mooring. The funny thing was, there were never any waves, just a perfectly calm sea with a gentle tide. I can’t tell you how many times I feel asleep on the beach or in the water (on a float). 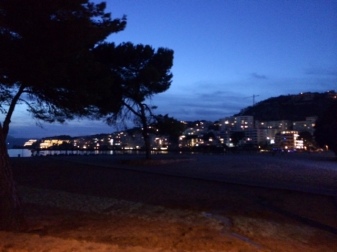 In the evenings the strip that bordered the beach was full of life. Vendors of all kinds, selling candles and jewelry, and street performers dressed as statues, plus all the party people getting ready to, well, party.

I visited five different beaches while in Mallorca. The first two were in the town of Santa Ponça, the rest were along the coast going north.

(Apologies for not remember all the names of the places we visited.)

Our first excursion was to meet up with a good friend of my host mother, and his family, whom all live on the island. Even though the water was rough (we happened to go on the only day of the month were it’s actually wavy), it was a blast and we had a wonderful meal at a nearby restaurant that specializes in healthy, local food. 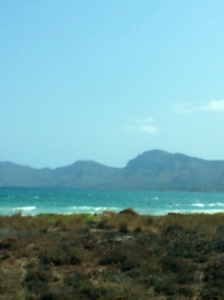 Our second excursion was to what we though would be another “pebbled” beach. Our own beach, below our balcony, was comprised of small, smooth rocks instead of sand. To our surprise, the “beach” we found was made up of actual rocks! We made the best of it by sitting at a bar on the rocks, having a drink while we watched the wild waves crash against the cliffs. 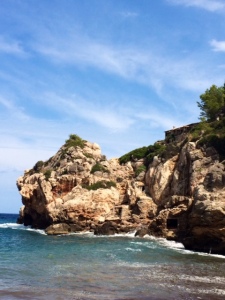 From there we went up the cost a little further to Soller, the cutest port city you’ve ever visited. Soller is famous for their shrimp, which was obvious because as soon as you entered the vicinity of the town your nostrils were overcome with the smell of seafood. Once again I found myself surrounded by sailboats of all sizes, as well as colorful shops and restaurants that seemed to be fused together by their stucco exterior. 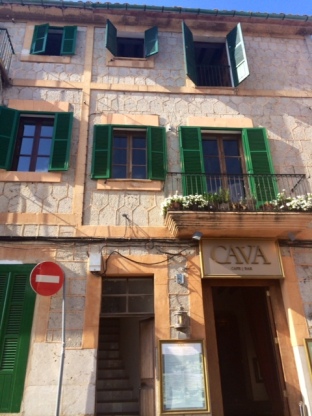 My second-to-last day in Mallorca was spent shopping in Palma — to die for! We went to local shops like Jack & Jones, Desigual, and Tous (my favorite jewelry designer), as well as the popular stores like Zara and H&M (which always have a cooler selection than in the US). I spent way too much money, but it was totally worth it.
It wasn’t just the shopping that made this day one of my favorites. Palma is like a miniature Barcelona, with all of its winding side-streets and impressive squares. You know what my favorite Spanish concept is? Cafés in the middle of the road. Seriously, there are these boulevards with an expansive sidewalk through the center where you’ll find news stands, artists, and the “terrace” of restaurants where you can eat under a canopy while watching the frenzy of people going off to live their own lives. I swear I could just sit there all day, eating olives and alternating between espresso shots and Shandies. 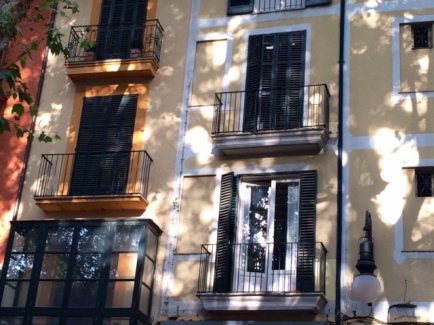 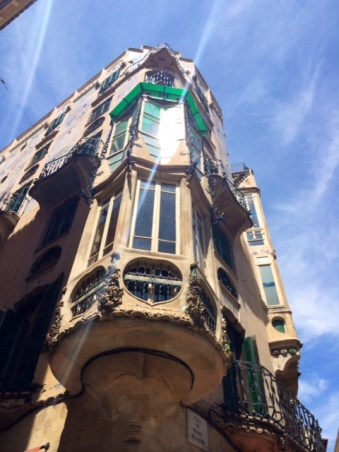 All in all, my vacation was spectacular. I wouldn’t have changed one moment and I am so incredibly fortunate to have even been given this opportunity. I have to thank my dad, for supporting my love of culture that ultimately was responsible for this trip, because he was the one who introduced me to my host family. Magda, Roger y Marta, les echo mucho y gracias para todo!!!